During the Olympics, I expected Beijing was going to be crowded, expensive and a nuisance. But there were few people, fewer cars and prices the same as ever. The bonus no pollution! My first visit back in 1998 was the opposite, and Beijing has slowly become an ever more livable city.

I'd assume this was the simplest Olympic experience in recent history, assuming you were already in China without any visa issues. The cost of the tickets were often quite expensive for the local people, and there were few expats about, so it was very easy to get tickets. 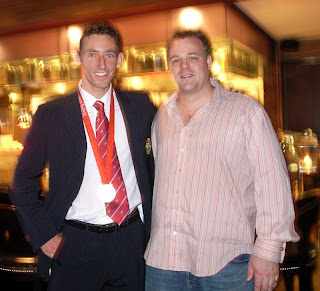 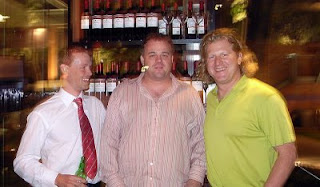 The day before I was having a some beers with Curt on the normally prostitute and drug infested Sanlitun bar street — all swept under the carpet during the Olympics — and an Australian bronze medallist walked by and stopped looking at Curt.

I said, pointing to Curt, "Do you know who this guy is?"

"I know exactly who you are," he said smiling at Curt. "You're that Canadian who was giving our cyclists such a hard time!"

Curt's rival was an Australian, but not only did they compete against each other, but they also practiced together and were best of friends. Canada's and Australia's cycling teams weren't as deep in riders as other major nations, so they had to stick together to stay on top. 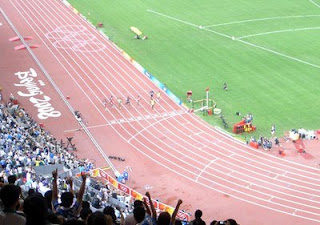 Bolt nearing the finish line in the premier Olympic event. He had a great run, throwing his arms up in victory well before the finish line. Saving himself to break more records later, I guess. The clock is at 9.4 seconds. 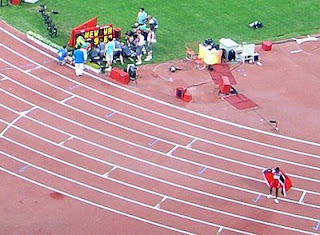 Bolt's world record breaking photo shoot at the time clock. Marc Burns wandered about with his Trinidad & Tobago flag, but got little attention. 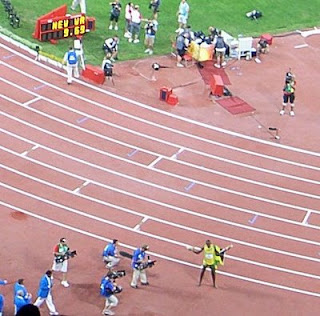 Bolt holding his golden shoes, dancing barefoot to reggae music around the stadium. 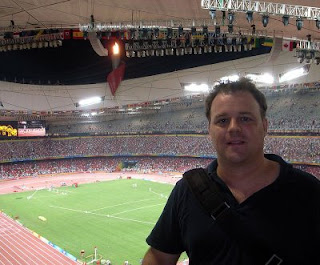 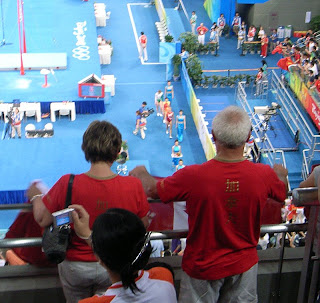 The Cockburn parents as Karen (red, centre) parades to get a silver for Canada in Women's Trampoline. 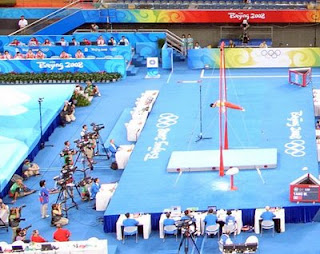 Chen Yibing ringing in a Gold. 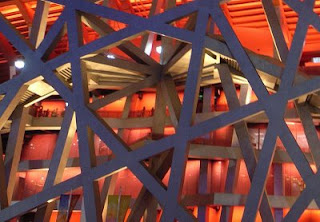 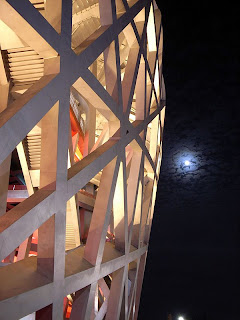 Not bad for the US$43 billion spent and the 1.5 million people relocated. 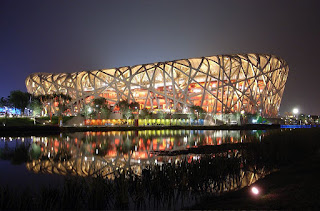 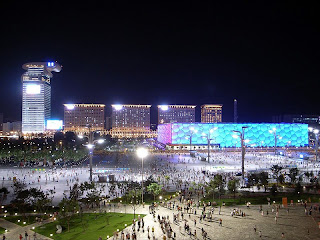 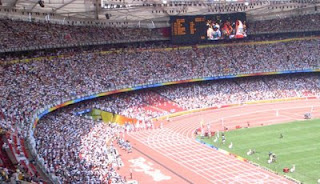 Liu Xiang's heat (far right, lane #2), just before he quit. After unexpectedly winning gold in 2004, he became China's superstar Olympic athlete with the highest of expectations for 2008.

Some of the most sought-after tickets were to the men's 110m final a few days later so I was lucky enough to witness him in his only 2008 appearance. An overly dramatic pained Liu limping around after apparently injuring himself during a practice run right before competition has led many to believe that he wanted to save face, and duck out of the race gracefully without losing in competition.

CCTV aired a "man in the street" of me fumbling in Chinese about my disappointment of seeing him out of the race. 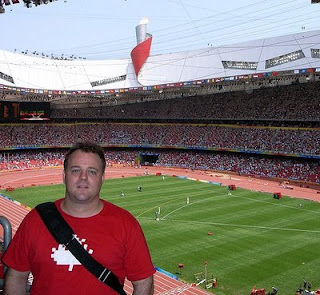 At the Bird's Nest, just after Liu Xiang appeared to save face by feigning injury, thereby ducking out of a 110m hurdle heat. 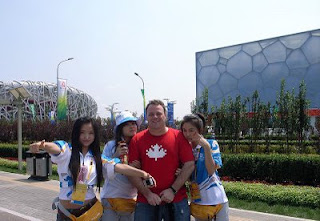 There are more than enough Olympic volunteers to pose with. 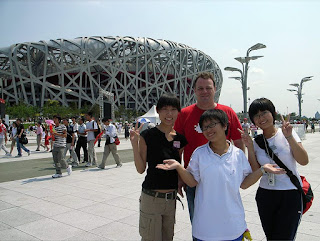 There are more than enough strangers in China to pose with. 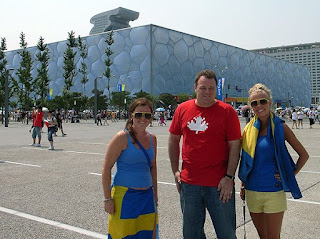 More strangers from foreign lands to pose with. 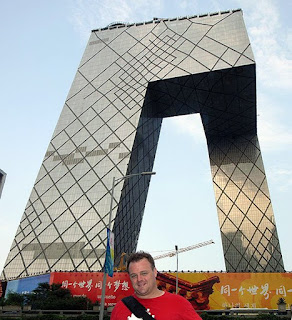 The nearly complete headquarters for China's national TV broadcaster CCTV, the voice of the Chinese government . At 230 meters tall with 550,000 square meters, it will be the second-largest office building on Earth — second only to the Pentagon. 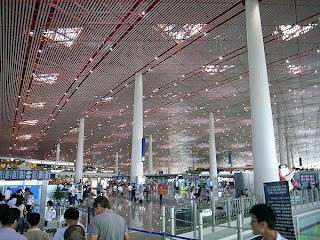 And now for the largest building in the world, Beijing's new Terminal 3, at twice the size of the Pentagon. 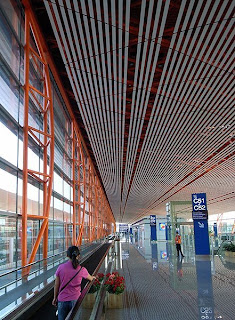 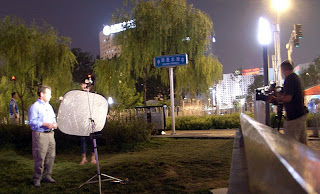 The Canadian Broadcasting Corporation doing bilingual reporting with the Bird's Nest in the background, beyond the reporter.
Posted by Unknown at 7:00 PM

I am very thankful to this topic because it really gives up to date information.