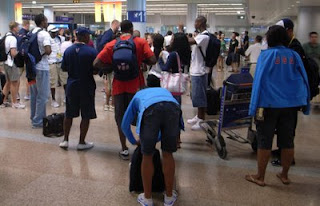 After having flown on China Northern Airlines from Pyongyang-Dalian-Beijing back in May 2002, the following day's return flight 6163 crashed off the coast of Dalian (same aircraft!). Since then, I've been drawn to flying China Southern, as they bought out the assets from China Northern after Beijing quickly it shut down.

As usual, I chose China Southern for another lucky Dalian-Beijing flight, a day before the airport in Beijing was closed to avoid a 911 into the Bird's Nest.

As fate would would have it, the highly respected and typically well medal-endowed (25 medals in 2004) U.S. Track & Field team was on the same flight. They have been in Dalian for a few weeks practicing by the seaside, needing cleaner air, cooler temperatures, and fewer hassles.

At the terminal, I spoke with a few of the athletes, coaches and doctors. Several of them, including Wallace Spearman--a contender for the 200 metre sprint--now have Canadian flags pinned to their badges. Many were crowded around looking at their photographs in the special Track & Field insert from the China Daily newspaper that I gave to one of the coaches.

Below, Kirsty Coventry going for Gold and a World Record in the 100m Backstroke final, followed by Phelps, Weber-Gale, Jones & Lezak winning Gold in the 4 x 100m Relay and in World Record time. 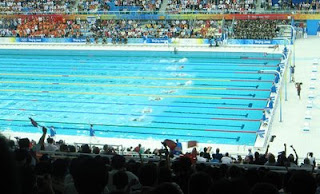 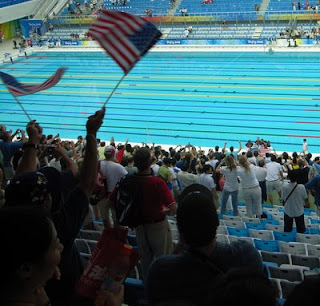 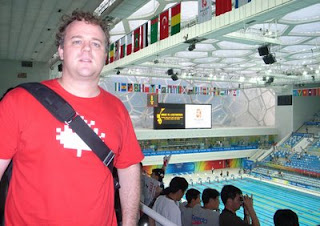 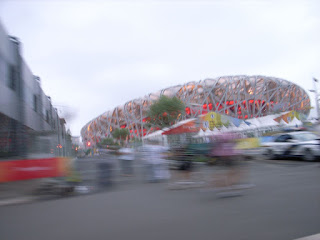 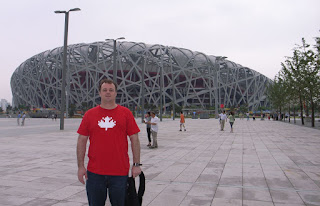 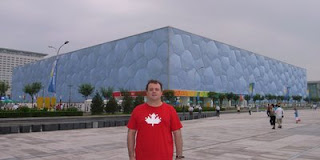 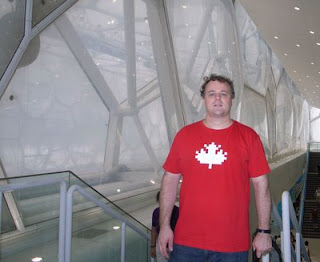 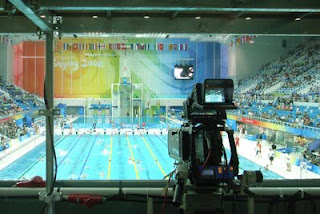 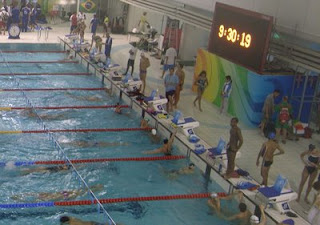 Warm-up pool, 30 minutes before the competition. 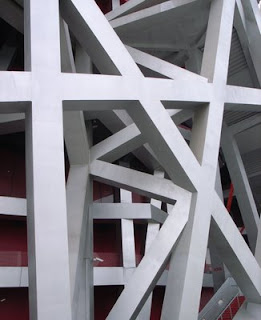 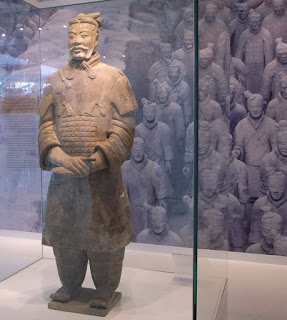 The Johnson & Johnson pavilion featured some real Terra Cota warriors, as they've been funding some of the restoration.
Posted by Unknown at 2:42 AM

So happy to support your organization.