Billy Jamieson's Collection up for Auction

Alas, I missed bidding on items from Billy Jamieson's collection, many of which had come from the old Niagara Falls Museum which first opened in 1827.

He passed away a few years ago, a week after I had sent him a book about the "unlikeliest rescue of World War II", addressing it to the "real relic hunter". He mailed back a hand-written thank you message, which was delivered the same day I heard of his accidental passing.

I first met Billy when I worked at eBay as the Canadian Collectables category manager and found an entire whale skeleton, previously owned by none other than P.T. Barnum, for sale in some random miscellaneous category. It didn't sell, so I got him to re-list it and promised him some PR to back him up.

Not only did we reach 30 million people in Canada, assuming you can believe PR stats (definitely of the damned lies category), but we delivered worldwide coverage making a top story on CNN back before it became the Missing Airline Channel.

Soon the Smithsonian, the British Natural History Museum, the American Museum of Natural History in New York (my favorite haunt in the world), plus the Royal Ontario Museum in Toronto all were interested, plus some private buyers in Japan and the Middle East, where the skeleton eventually ended up.

Years later he again got worldwide news, twice, when a mummy he had sold was proven to have been Ramesses I, father of the great Egyptian builder Ramesses II (assuming you can consider building countless monuments to yourself as being "great"). That mummy was repatriated to Egypt to much fanfare.

Billy promised me a tour of his flat, which happened to have the world's largest private collection of shrunken heads, plus Egyptian and Incan mummies, the electric chair from upstate New York that had killed the assassin to President McKinley, countless weapons, both actual and ceremonial and the back of hearse from Louisiana that had been converted into an aquarium (guests often reported seeing an elderly man perched ontop at night, watching them). I finally got invited years later, and eventually got my parents invited to parties with famous global explorers plus the world's scariest Halloween parties. 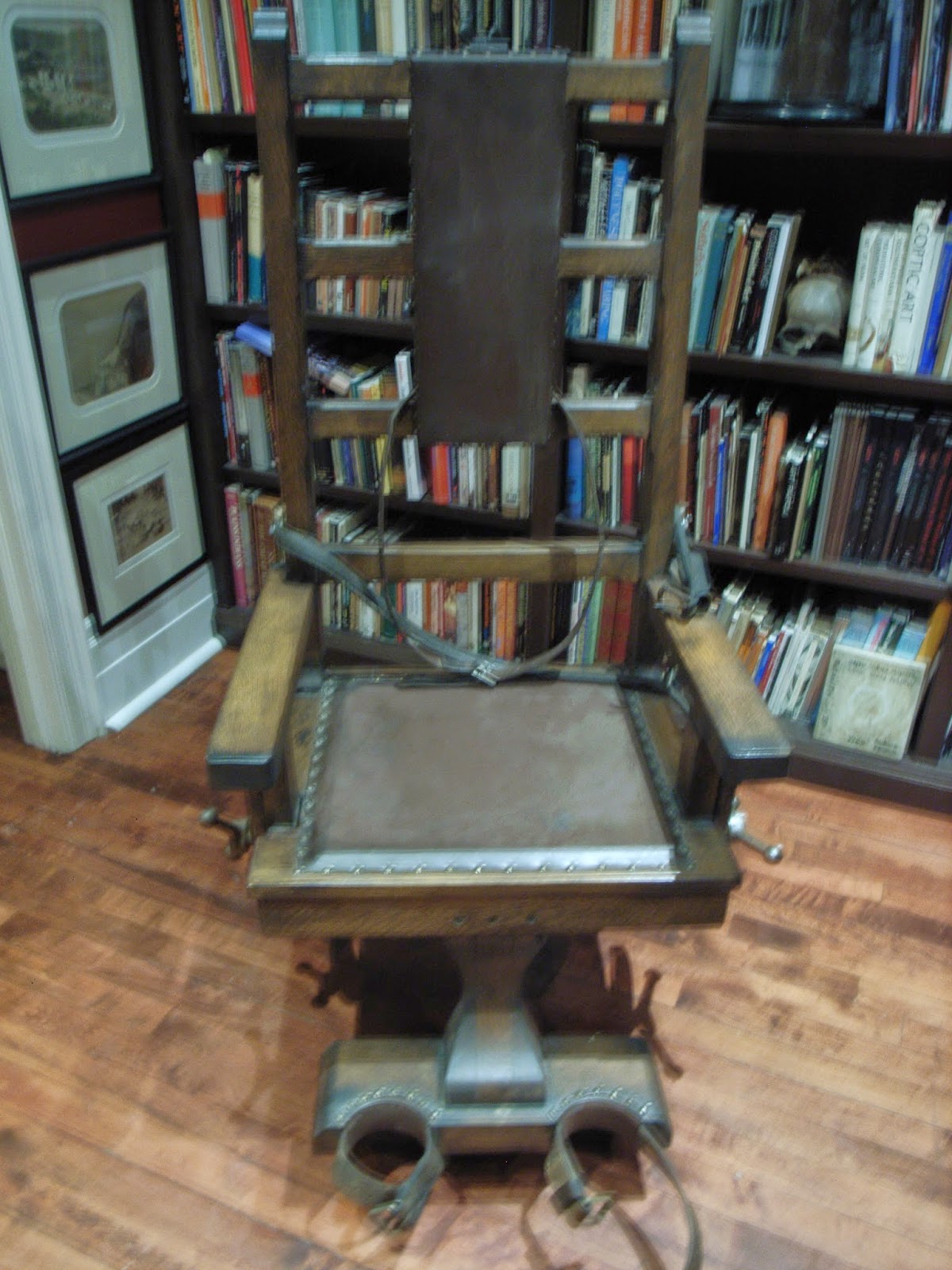 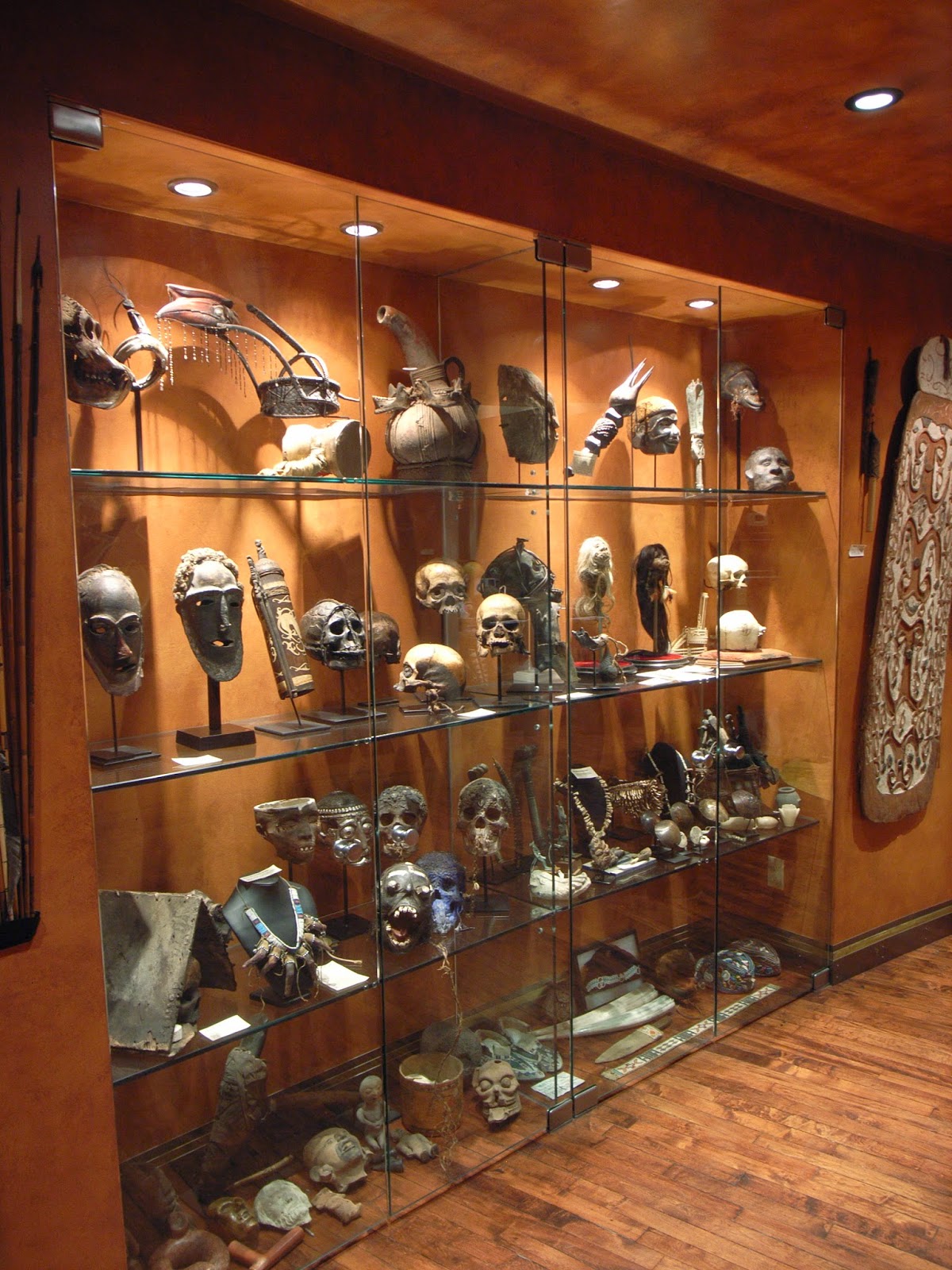 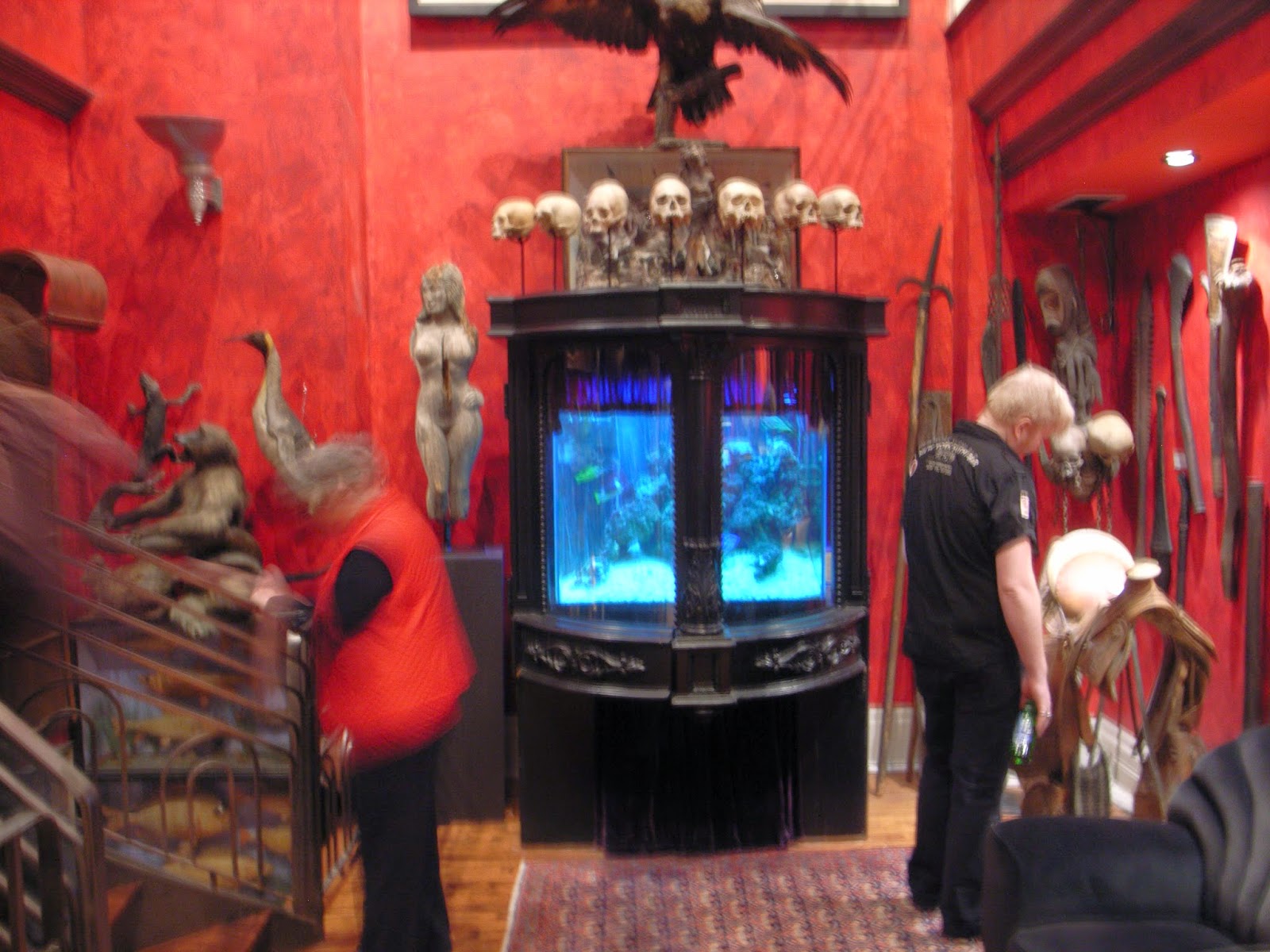 On one tour, a we witnessed a real CSI-challenge involving a Toronto Police forensics officer and some U of Toronto criminology students. They attempted to lift a print from a two thousand year old Egyptian high priest (note the crossed arms; traditionally reserved for Pharaohs the tradition was extended to high priests during the Ptolemaic era). And they got prints; not your traditional field trip. 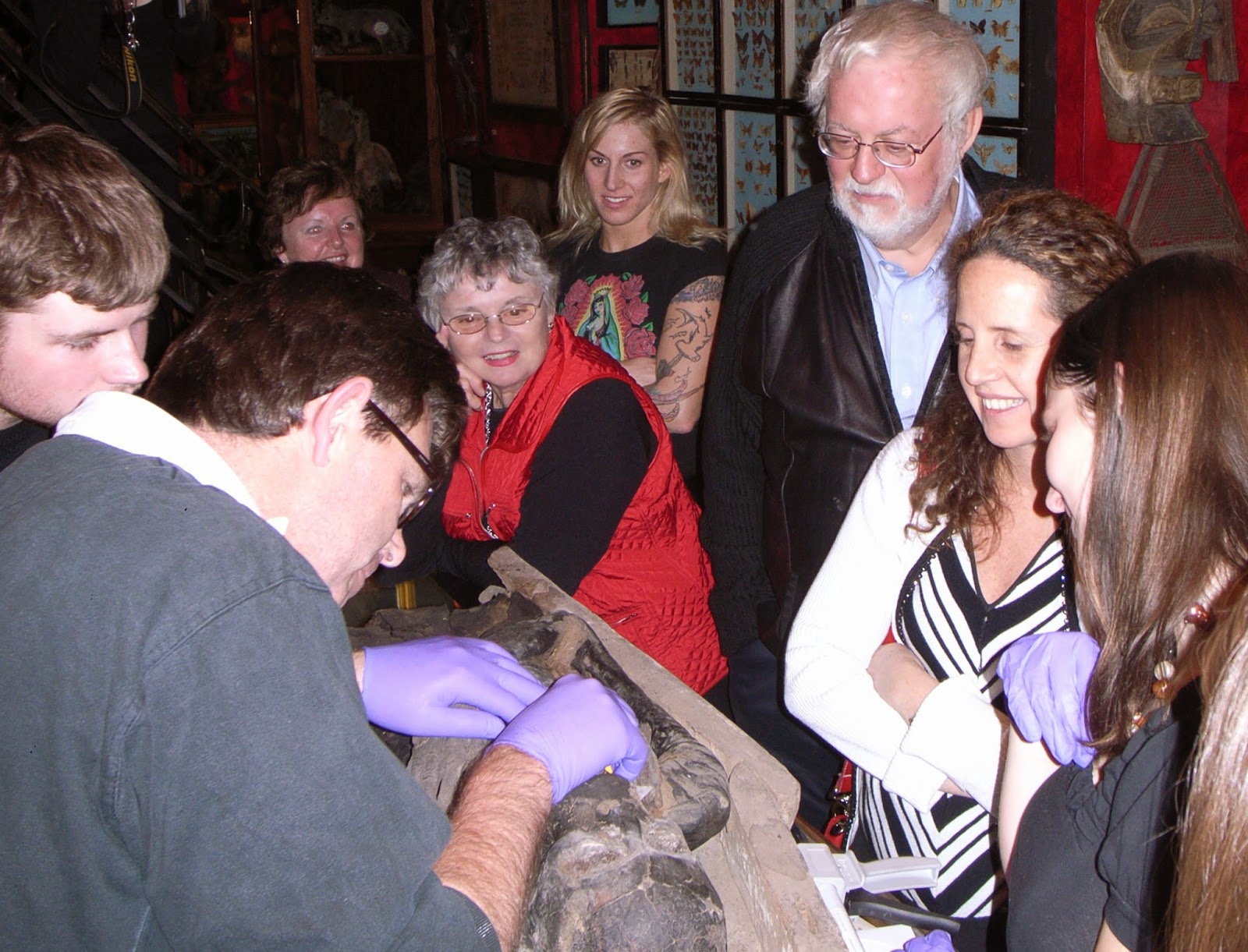 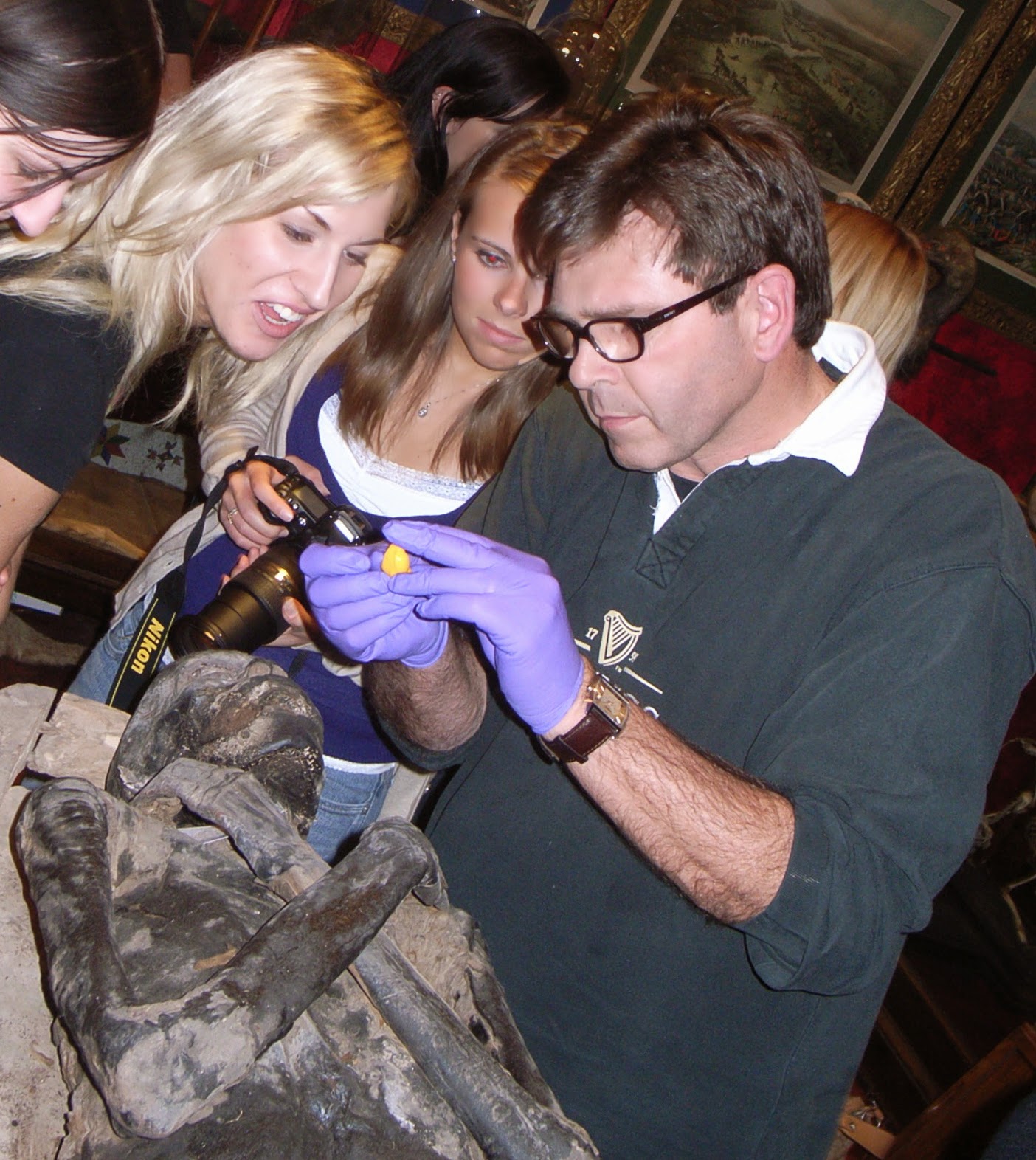 Alas, there were some items that I was going to bid on, but being out of the country and in another time zone, I didn't quite make it happen. Of particular interest was a Papua New Guinean wooden shield from the 1940s that had been painted like the wing of a Japanese Zero fighter (obviously the most impressive thing this particular head hunting tribe had arguably ever seen).

Unfortunately the shield had taken a direct shotgun blast; arguably that was the last thing the shield bearer had ever held. 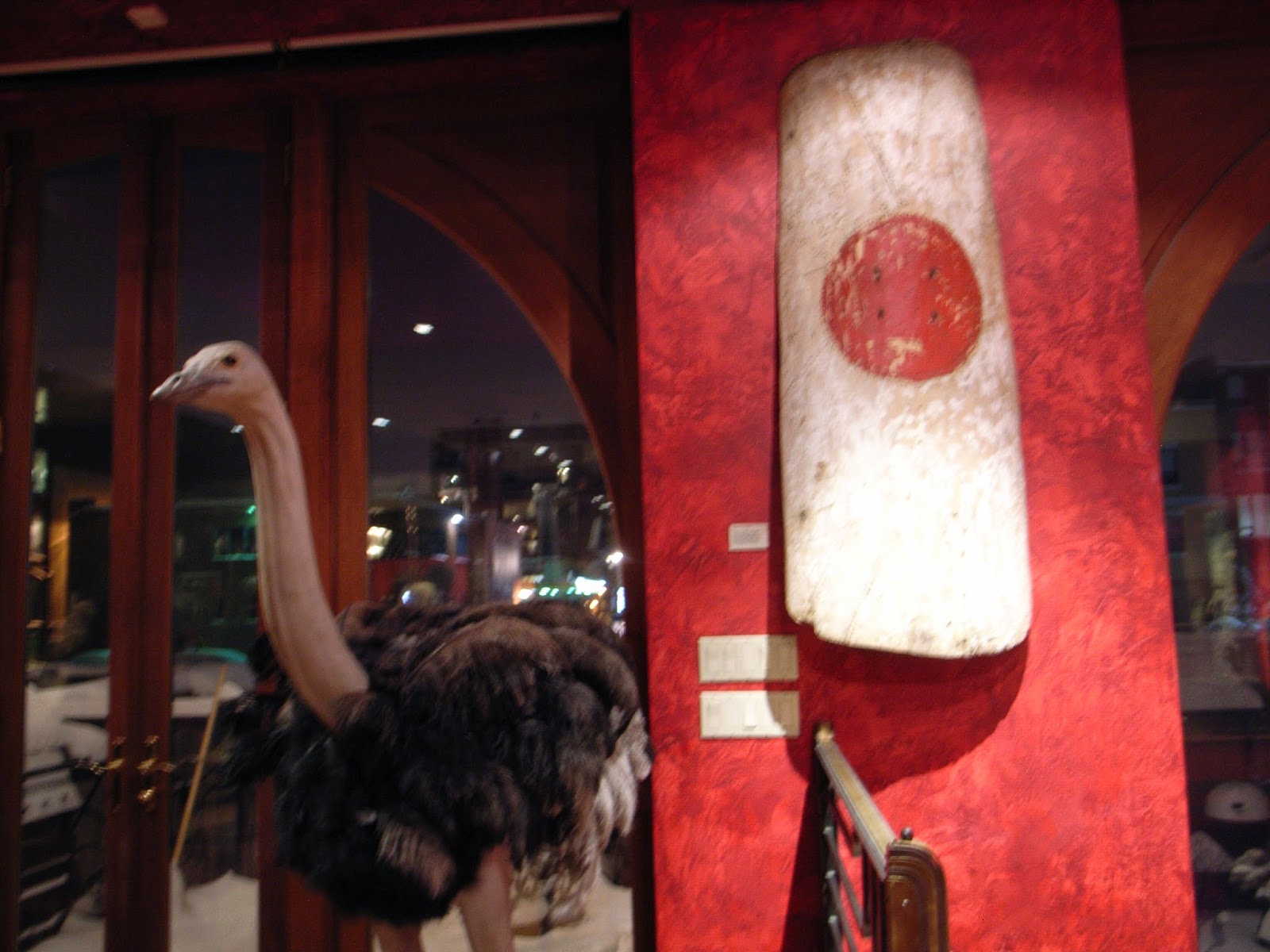 More are in my father's blog.

Thanks for sharing, this is a fantastic post.Thanks Again. Fantastic.